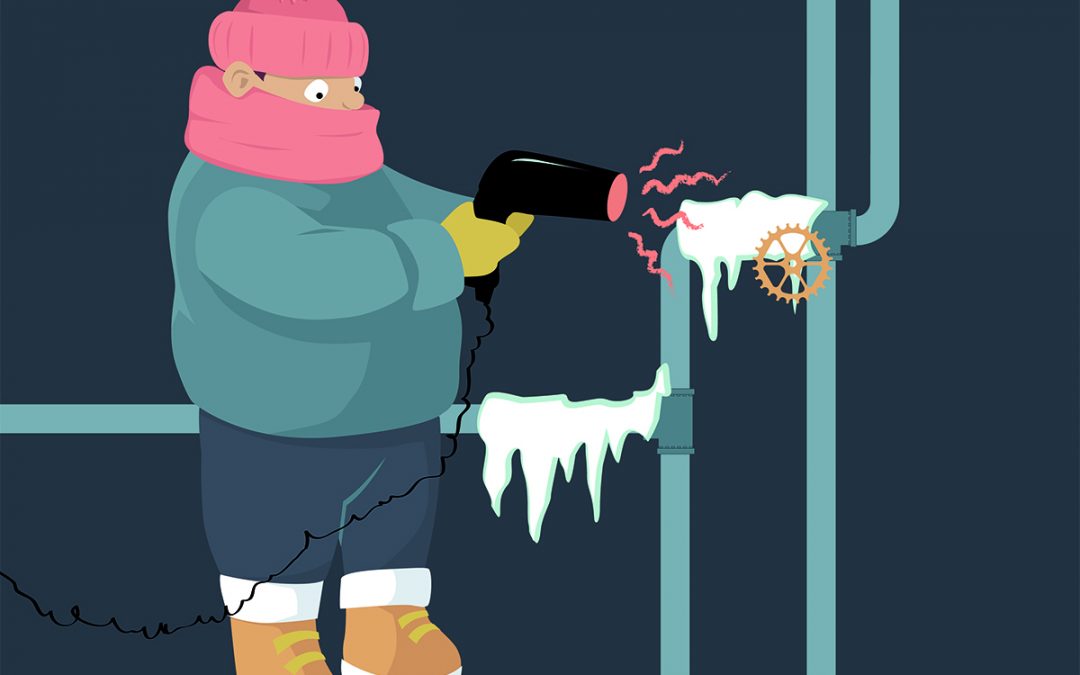 It’s finally Ohio’s most well-known season. The season where traffic comes to a halt from ice-related accidents, where our kids wake up early to see if it’s a snow day, and where homeowners live in fear of frozen pipes bursting.

But you don’t have to be in constant worry of water damage or replacing broken pipes if you know what causes the problem and how to prevent it from happening.

Why Do My Pipes Freeze in the Winter?

Pipes are like anything else exposed to the cold. When they get to a low enough temperature, they freeze. However, because the water is almost always in motion, it takes much longer to freeze. That’s why lake or pond water freezes over much more quickly than bodies of running water such as rivers.

So when we get alerts for winter storms or unusually low temperatures, we need to take precautions.

Why Do Pipes Burst when They Freeze?

Water in pipes works the same way as water in any other location. Let’s use your freezer as an example.

You put an ice cube tray in overnight to solidify for tomorrow night’s holiday party. You fill each slot almost to the top, but not quite all the way. The next morning you pull them out and see that the water has overflowed, and the individual cubes are now one uniform piece.

This happens because water expands when it freezes. The molecules slow down and push away from each other as the temperature drops, causing the water to cover more area.

When the water is in an ice cube tray, it can easily expand upwards where there is space for it. However, in your water pipes, there’s nowhere to go but out.

The pressure from the building ice weakens the structure of the pipe and eventually splits a hole in it, allowing the expanding water to pour out.

How to Prevent Pipes from Bursting

If you turn on a faucet and notice that the water is not flowing freely, you probably have a frozen pipe on your hands. You want to take steps right away to get the frozen area back to normal before you have a burst pipe.